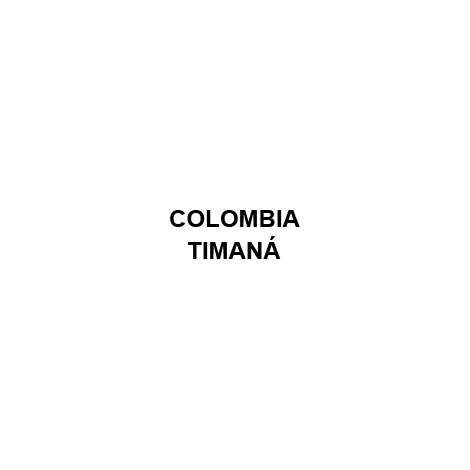 Colombia Timaná is an exclusive Olam coffee from the Timaná municipality of South Huila, located in the mountain valley of the Magdalena river between the two main branches of the Colombian Andes. The region provides excellent weather patterns for coffee cultivation.

Timaná is an Excelso grade coffee blending the varieties of Caturra and Colombia. The coffee is grown between 1,600 and 1,950 masl and processed with a washed method. Ripe cherries are pulped and fermented for 16-24 hours, after which they are carefully dried both in the sun and mechanically until the optimum moisture content is reached.

Given the micro-climates in the Timaná region and optimal terroir for growing coffee each Colombia Timaná lot has unique, impressive notes. No two are exactly alike other than being consistently very good.