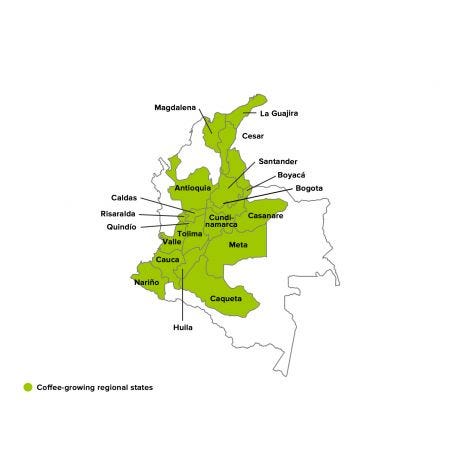 Colombia Dulima is an Olam Specialty Coffee premium brand. Dulima is a fully washed, Excelso EP grade coffee. 50% of each lot is guaranteed screen 17/18 or up. The coffee is sourced from the Tolima and Huila regions. Dulima is the ancient name that the indigenous tribe “Pijaos” used to refer to the Tolima Department. The Pijaos were the bravest warriors the Spanish had to fight. The Dulima brand is given only to the finest, hand-picked coffee and is good as either a blender or a single origin coffee. The coffee is designed to be smooth, clean and consistent with a pointed acidity and good body.