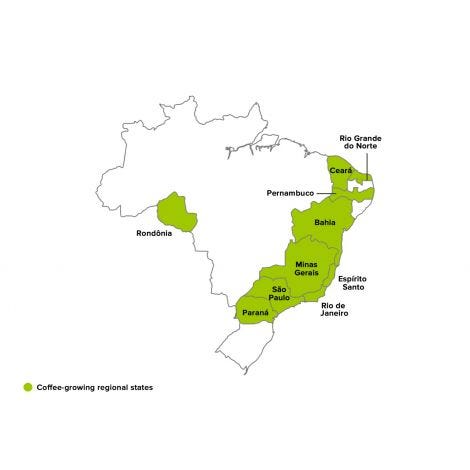 The Mogiana region, which runs along the São Paulo and Minas Gerais border, is home to some of the most consistently sweet and well-structured naturals produced in Brazil. The region boasts 3500 farmers cultivating a combined area of 202,000ha.


We hand select lots from individual farms and process them to create a smooth, clean, highly consistent end product. Our goal with this coffee is to have a consistent profile from lot to lot, and year to year, making our Eagle Mogiana a coffee that you can rely on year-round.