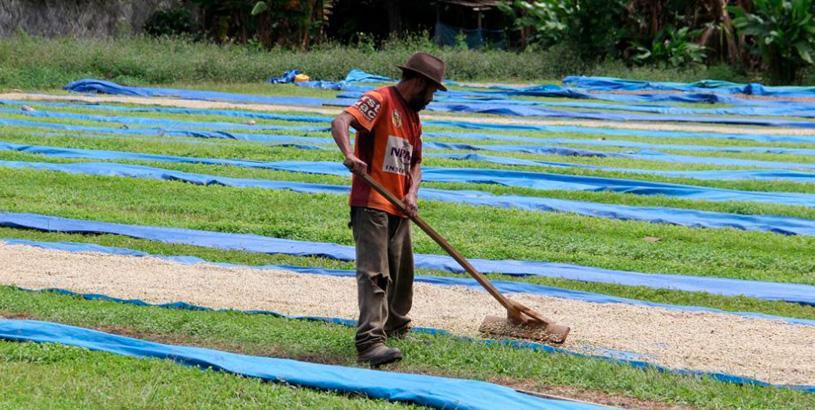 In the highlands of Papua New Guinea (PNG), morning fog fills the valleys and the mountain peaks float above in the sun, the highest reaching nearly 15,000 feet. As the fog lifts, so does the chill. Clouds gather, and the afternoon warmth is often accompanied by fierce thunderstorms, which vanish as suddenly as they appear, making room for the whole cycle to start over again. The ideal climate is part of what makes Papua New Guinea coffee so great, but it’s also what makes air travel so inconvenient. This is one of the reasons the interior of New Guinea remained relatively unknown by outsiders while airplanes were busy opening up so much unexplored territory elsewhere. The highlands were never truly colonized. The first aerial reconnaissance of the region around Mount Hagen, where Olam sourced new “TOP LOT” coffees from the Kenale and Kuta Washing Stations, didn't occur until 1933.

Compared to the speed with which Europeans colonized other parts of the world, they seemed to spill over Oceania in slow motion. Although commercial coffee planting was known in the nearby Cook Islands in the late 19th century, commercial production of Papua New Guinea coffee was not established until 1928. In typical British colonial style, Papua New Guinea coffee was initially grown on plantations (though atypically planted with Blue Mountain from Jamaica). The history of colonial New Guinea mirrors that of central Africa. Feeling left out of the general expansionist trend, Germany grabbed a portion of northern New Guinea in the late 1800’s and then lost it during WWI. The Japanese invaded PNG during WWII and the island saw fierce fighting for much of the war. For most of the 20th century, administrative responsibility for PNG and its ever evolving configuration (and name) rested with Australia.

During colonization, exploration of the interior was mostly limited to river navigation driven by mining ambition. Beyond this, exploration has been slow and somewhat random. It was almost as if, by the time Europeans reached PNG, they were tired. The island still contains land considered unexplored and new discoveries of plants and animals are not uncommon (Giant Woolly Rat anyone?). Although one might think of PNG as the eastern half of the neatly bisected island, it is actually made of 600 islands on which 800 indigenous languages have been identified. As with Africa, the artificial geo-political boundaries that were glued on to the region during colonization were largely irrelevant to the indigenous people. Following independence in 1975, the natural cultural and political multiplicity of the region filled the power vacuum. However, with the exception of a long and deadly rebellion on the island of Bougainville, the political instability that came with independence was characterized by volatility in governance rather than wide-spread violence. 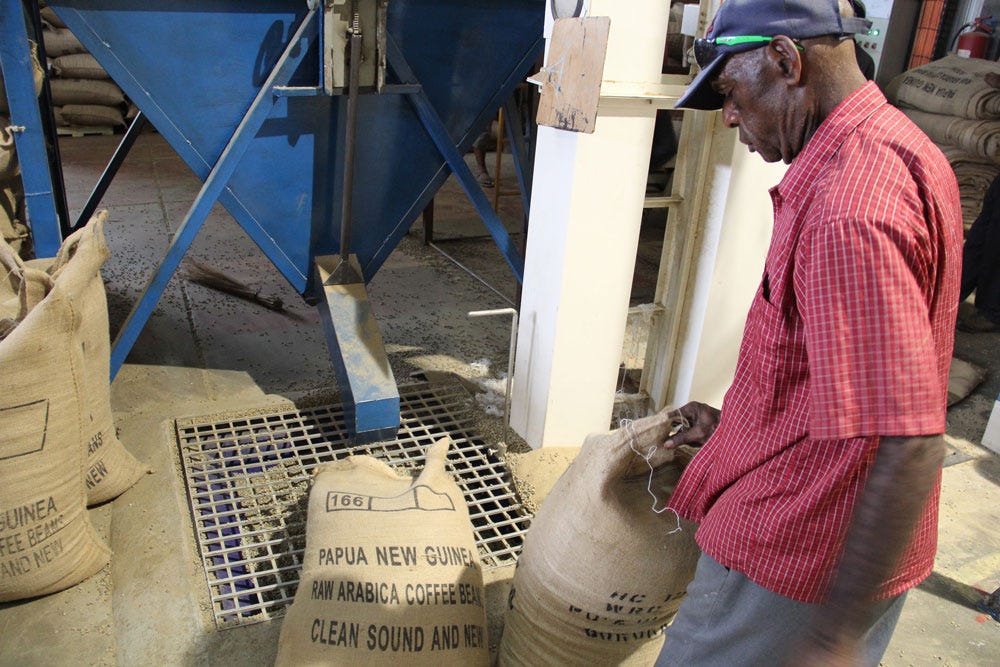 Papua New Guinea coffee is graded using an unique matrix that reflects not only screen size but bean shape, defect count, and color in addition to aroma and cup quality. There are eight different grades, but apart from peaberry, all of Olam’s current Papua New Guinea coffee are A/X, the highest quality available thanks to full chain quality control.

In recent years, small garden farmers have been moving toward operating in cooperatives which has led to an increase in agronomic education and the introduction of both organic and Fair Trade coffee and increasingly clean cups that maintain the hint of wildness long associated with Papua New Guinea coffee.

All photos by Olam Specialty Coffee

I'll See You on Thursday

Thursday Island is exactly where you would expect to find it: between Wednesday Island and Friday Island.

It might seem strange that Wednesday Island is located to the east of Thursday while Friday Island is to the west of Thursday. But it is only a strange thing to those who live in the northern hemisphere and have a fear of living in the “upside down.” If you are using McArthur’s Universal Corrective Map of the World, sometimes called an “Australian Map,” of the World,” you’ll note that the islands are actually in the same order as the days of the week. There is no Monday Island (unless you’re counting the one in the Holston River in Tennessee … and why would you?) but there are two very tiny islands called the Tuesday Islets, exactly where you would expect them to be, about a mile southeast of Wednesday.

If you are using an Australian map, that would be appropriate because Thursday Island is very nearly as far north as you can go and still be in Australia (the tip of the Queensland finger that points at Papua New Guinea), and the island is home to the county’s northern most township and is arguably the most developed of the islands in the shallow Torres Straights. Thursday Island became a center of multi-national activity in the 19th century due to the pearl trade.

Why am I going on and on about Thursday? Well, it is notable here because it served as the home base from which the British finally got around to exploring and establishing a presence in Papua New Guinea, followed by the Dutch and the Germans. The capital, Port Moresby, is just a hundred miles or so north of Thursday. But it is also fun to imagine the Abbot and Costelloian confusion that may have reigned whenever one British naval officer in the region said to another, “I’ll see you on Thursday.” 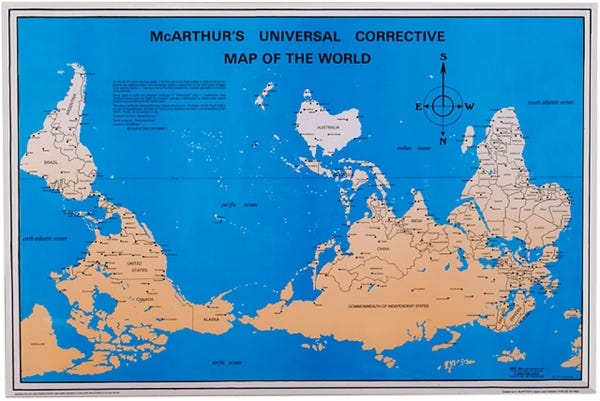