India, Where Coffee Came of Age 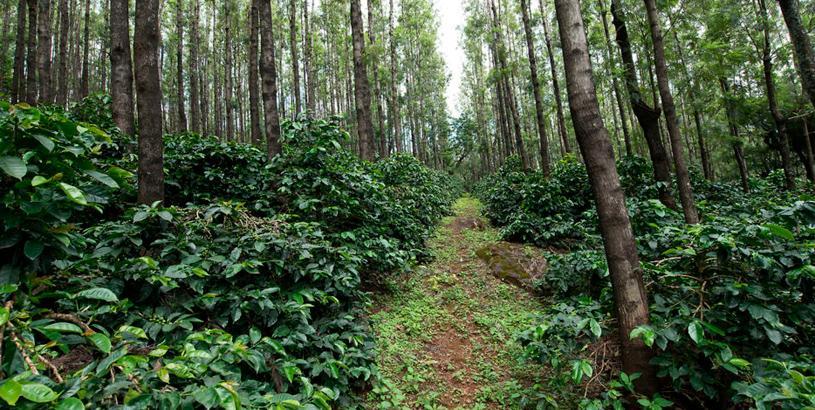 India, Where Coffee Came of Age

A Short Retelling of an Old Story

An hour before you need to leave for the airport, there is a knock at your hotel room door. You open the door without comment because your visitors are expected. There are no greetings or pleasantries because these are only brief business relationships. These people are smugglers and today, so are you.

One of them removes a belt from a hidden pocket in her satchel.  It looks like a normal belt, if somewhat hippyish with seven turquoise stones embedded in the leather. But the belt contains a secret. Concealed underneath each stone is a green coffee bean. It fits you perfectly.

Green coffee beans are not contraband as long as they have been boiled to remove their ability to germinate, but even then, taking them out of the country requires various forms of permission. To take “fertile” beans out of the country is strictly forbidden by law.

Although coffee is consumed all over the world, it is only cultivated in great quantity for export in one country. That country is not your home, but you have a dream of growing coffee on the hills that you do call home, starting with the seven coffee beans hidden in your belt. Seven is a sacred number and it is your lucky number, it seems. You will not be caught and you will reach the misty mountains of your homeland to plant the seven beans. One day there will be coffee growing as far as the eye can see, you will be declared a saint, and the mountains will be named after you. 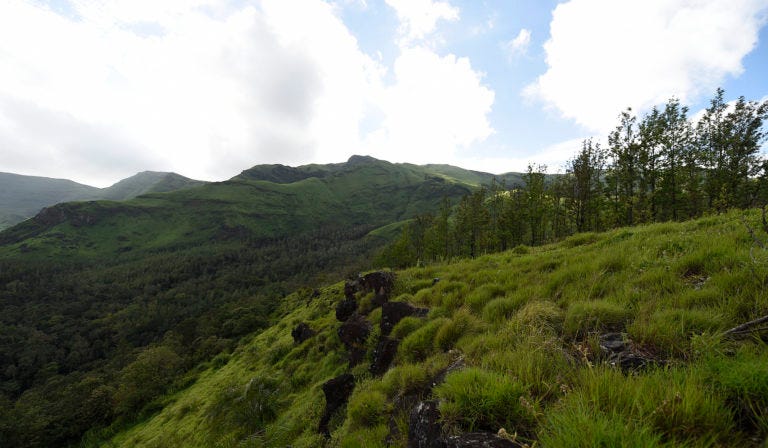 View from the Pearl Mountain Estate in India

The True History of Coffee in India

The context of this story is fiction, but the essential circumstances are not. If we sometimes wonder at the passion that is pervasive among those in the coffee industry, we need only look at the history of coffee to see that we are not alone. The history of coffee is filled with drama, sedition, and intrigue, and smugglers have played an important role throughout.

If coffee was born in Ethiopia and grew up in Yemen, then it left home to make its own way in the world and "come of age" through India in the 17th Century, when Baba Budan, returning from a pilgrimage to Mecca, smuggled seven beans and planted them in hills of the Chikkamagaluru district, a hill region now known as Baba Budan Giri.

There is some uncertainty about whether or not Baba Budan (sometimes Bababudan) planted his seven beans before the Dutch, also in the smuggling business, planted beans in Sri Lanka. The Dutch, however, make no claim that their beans were magic, as Baba’s seven smuggled beans are sometimes said to have been.

Coffee cultivation grew slowly in India and the first formal plantations were established by the British in 1840 in the same region where the first coffee was planted. In typical British colonial style, plantations multiplied rapidly.

Over the years, repeated battles with leaf rust and an emphasis on yield caused India to increase planting Robusta and prioritize shade growing conditions. Today, India grows more than twice as much Robusta as Arabica and nearly all coffee is grown under shade, much of it in forest conditions. Over 21% of India’s coffee is exported to Italy, where Robusta has long been a part of traditional espresso blends.

The government began to exercise control over the coffee industry just prior to independence in the early 40’s. Like many past government programs in coffee growing countries, coffee was managed as an undifferentiated commodity and trade controlled based on volume. In a familiar story, yield was viewed as more important than quality and quality suffered for fifty years. In the 1990’s the government returned control of marketing and selling coffee to producers. Not only did quality begin to improve, but production increased by 30% in the 90’s.

As quality improved, India experienced a significant increase in coffee consumption, which has more than doubled over the last 20 years, accompanied by dramatic growth in the number of coffeehouses. In 2002, India was the first coffee producing country to make it to the finals in the World Barista Championships, placing third and then fifth the following year.

But the journey to producing specialty grades that will attract coffee buyers around the world has been slow. While Italy receives 21% of India’s exports, large specialty markets like the US, Australia, UK, and Korea receive less than 6% combined. For a long time, India was regarded by the specialty coffee industry as a Robusta producer almost exclusively. Olam is working to change that.

Olam Coffee opened an office in Bangalore around the same time as the government liberalized the sector. In recent years, Olam has been finding coffee for the specialty market. India is poised to attract increasing attention from specialty markets, and not only because quality is quickly improving.

Coffee plantations in India are home to abundant wildlife, including tigers and elephants, because of the forest-like conditions. Compared to shade grown coffee in other parts of the world, coffee in India is grown in dense shade conditions, and almost intercropped with peppercorn, cardamom, areca nut, oranges, bananas, and other crops. By law, those who work on coffee farms must be paid minimum wage. Though the system for determining this wage in different sectors is complex, coffee workers in India tend to make more than the world-wide average. They also receive child care, maternity leave, free housing, and pensions.

If you haven’t tried coffee from India, you’re missing out. Known for its fully body and spicy flavors, India coffee possesses notes of cardamom, clove, pepper, and nutmeg, depending on the variety. Olam Coffee sells three varieties from India, each one unique and exciting — much like its storied history. 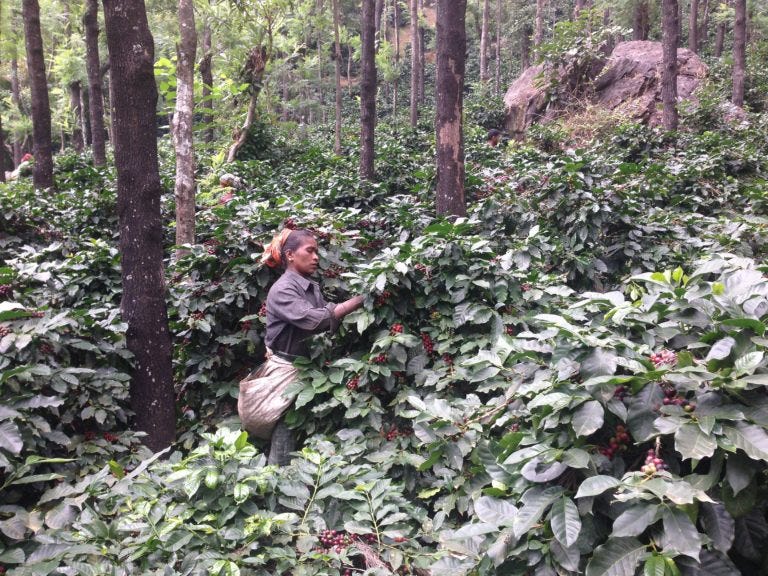