People at the Stomach of Huehuetenango Coffee 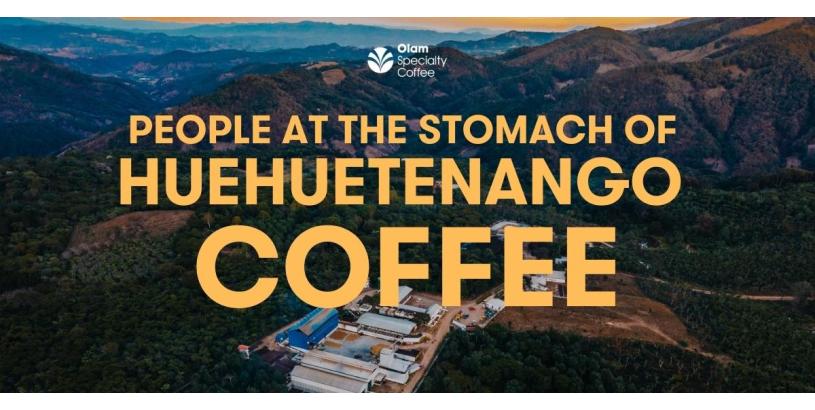 People at the Stomach of Huehuetenango Coffee

Here we are in the world, here where we are born,

here where we blossom,

here where we die,

here where we disappear.

It is thus, that since we are of the World, the World feeds us.

We also feed the world.

Thus they say our long-ago mothers of all,

the long-ago fathers of all, it is said.

Opting for the Road Less Traveled

Travel time is always subjective time. For example, the driving distance between the Huehuetenango coffee highlands in western Guatemala and Guatemala City is almost precisely the same as the driving distance between the towns of Pecos and Big Spring in Texas, around 135 miles. I’ve driven both more than once. The Texas drive takes 2 hours. The Guatemala drive takes 6 hours. The Texas drive is longer.

West Texas, with all of its overwhelming and impressive expansiveness, doesn’t provide much variance in terms of views from the main highway. The highlands of western Guatemala, on the other hand, offer nothing but change. It could be said that changes of every kind are a defining characteristic of western highlands and to travel from the Huehuetenango coffee region to the urban center that is Guatemala City is not only a subjective time experience but also a time travel experience. The word Huehuetenango means “place of the ancients,” after all, and the presence of ancestors is woven into everything there.

The Unique History of Indigenous Groups in Guatemala

The history of the indigenous Mam people in Huehuetenango—one of several ancient cultures in the region—stretches back well over 2,000 years. The Mam people lived throughout what is now western Guatemala and southern Mexico during the Classic Mayan Period (250-900 AD), the Postclassic Mayan Period (950-1539 AD), and the colonial contact period (1511-1697 AD). Unlike the larger Mayan civilization of which they were a part, the Maya-Mam culture remained mostly intact within various communities throughout the colonial and post-colonial periods and into the present day.

For northern Mam people, this was due in large part to the rugged inaccessibility of their homelands. Conquistadors could not be bothered to slog the steep ravines and mountain peaks that reach over 12,000 feet, the highest non-volcanic mountains in Central America. Although Catholic friars made inroads, converting and “modernizing” some of the population, cultural traditions and beliefs remained largely undisturbed and the people relatively autonomous, though not necessarily unified politically. This duality, the ability to absorb new ideas while maintaining traditional culture is understood as a hallmark of many Mesoamerican indigenous people who have survived but not thriving under 500 years of invasion, colonization, and marginalization. For the Maya-Mam in particular, this endurance reflects cultural themes like a quest for unity out of diversity, balance, and centeredness, threads that run through all aspects of daily life including language.

The 'Stomach' as the Center of the Body

There is no word for “family” in northern Mam, there is instead a word for those who live (or simply encounter each other) in the same house; thus, there is no notion of “us and other” under the same roof. We tend to spread out our emotional metaphors and euphemisms in English between the heart (I have a broken heart), the mind (I am of two minds), the stomach (I just didn’t have the stomach for that), and the soul (put some soul into it). In Mam, these types of expressions almost always reference the stomach because the stomach is located at the center of the body. When you come to an agreement with someone, you’ve reached a “unity of stomachs,” at which time, rather than “put your mind at ease,” you might be told that “your stomach can sit.” Some linguists insist that the Mam word for stomach (-k’u’j) should be translated as “stomach-heart.” Interestingly, when a specific word for the euphemistic heart separate from the stomach eventually emerged in the Mam language (anmin), it happened late enough that it is a borrowing from the Spanish word for soul (alma).

In deep rural parts of the Huehuetenango coffee region, to drink coffee is “Kapeyil” rather than the Spanish, “beber café,” because the primary language is Mam. Spanish is often a distant second language or not even spoken at all, a fact that causes endless difficulties for Mam people in U.S. immigrations courts, where it is often assumed erroneously that they can communicate in Spanish and there is a chronic shortage of Mam interpreters even though it is one of the top 10 languages spoken by immigrants to the United States. Part of the challenge is there are at least 15 Mam dialects across three primary divisions: northern, southern, and western. Northern Mam is the dialect spoken in Huehuetenango.

The Introduction of Coffee in Guatemala

Within the long history of the northern Mam people, coffee is a recent arrival. Commercial cultivation of coffee for export was not established in Guatemala until the last half of the 19th century and it took several more decades for Huehuetenango coffee to reach significant export levels. In 1922, William Ukers didn’t mention Huehuetenango in his book All About Coffee when he listed the most active coffee growing areas of Guatemala.

As domination by European immigrants of coffee production in Guatemala went into decline after the war, cultivation expanded to the western highlands where indigenous populations, like the Maya-Mam, among others, became coffee farmers. Prior to this time, many northern Mam people encountered commercial coffee production while being forced into migratory labor by ambiguous vagrancy laws, joining southern Mam for the coffee harvest.

Though they surely gained an increased understanding of coffee growing during this time, the Mam people have been known as excellent farmers going back to the era of Aztecs, when they were forced to grow cacao, which was used as currency in that society. Like the relationship between spouses, parents and children, neighbors, or the individual and community in traditional Mam culture, the relationship between a farmer and the natural world requires equilibrium emerging from a healthy center of balance, harmony with rather than domination over nature.

Coffee is a Gift, Literally and Figuratively

“The Mam love the land.  Selling it is very hard for them to do, even under duress.  It is difficult for us in the West to imagine the sense of intimacy and union …” [1]

In Huehuetenango, use of “milpa,” a traditional agricultural system that involves diverse and extensive intercropping, is common among coffee farmers. Farmers take advantage of dramatic changes in altitude and climate over short distances to plant a wide variety of crops and practice rotating fallowness so land can recover. Balance. Often, grazing sheep are the only source of fertilizer. Three out of four Huehuetenango coffee farmers are Maya-Mam, the majority growing coffee on less than 4 hectares and then joining others for cooperative harvesting.

Unlike its better-known neighbor to the south, Antigua, Huehuetenango coffee is not grown on the side of volcanoes, but in this case nothing is lost in the absence of “fresh” volcanic soil—ancient volcanic dust is present in the soil—because the climactic conditions are truly rare. Cool mountain air clashes with warm air from the Gulf of Mexico to create a “tropical highland” environment. In this unique climate, Huehuetenango coffee can grow at higher altitudes than those normally associated with coffee growing, as high as 2,000 meter above sea level.

Although the history of coffee as a commercial crop in the region is, perhaps, only 100 years old, coffee as a garden crop used for local consumption and barter is much older and coffee drinking has long played an important role in the daily life of Mam people. Gift giving is deeply ingrained in Mam culture and a virtual requirement during even the most casual transactional encounter in order to keep things in balance. If someone comes to your house to ask your advice, for example, they will likely begin the meeting by giving you a small gift like a can of soda. Gifts can also be offered as an apology when seeking forgiveness to bring a relationship back into balance and unify stomachs. On more serious occasions, where negotiations are required to reach an agreement, there is a reciprocal gift exchange that can include moonshine and cigarettes if not precluded by religious beliefs, in which case fruit juice and candy will work. This type of exchange is analogous to a handshake and is similarly binding. Because coffee is so important to the local economy, it is perceived as a valuable gift and is usually saved for special occasions like weddings, baptisms, and going away gifts. Coffee is roasted in the same flat iron pans used for making tortillas and then brewed by boiling with sugar, much like Turkish style coffee.

Some researchers belief that the concept of a town square was exported to Spain, a gift of sorts from Mesoamerican cultures that later came back to the colonies as a standard element of municipal planning. The square is a common organizing principle in Mayan architecture and community, the sides facing the center. Consistent with an emphasis on the stomach as the center of the body, Maya-Mam people call the town square the “navel” of town, and their hometown the navel of the world, not because they believe it is the center of the World (creation) but because they experience it as the center of their world (place on the earth).

At the navel of your drive from Huehuetenango to Guatemala City, that is, near the half-way point or middle (niki’jin), you’ll find a resort called Bonanza La Ponderosa (named after an American TV show from the 1960’s). It is a thoroughly modern operation with lavish guest rooms, event facilities, water features, boat rides, horses, and extensive gardens. It even has a go-cart track and a zip line. At the navel of your drive from Pecos to Big Spring, Texas, near the niki’jin of your journey, you’ll find the second largest known meteor crater in North America, the Odessa Crater, created when a shower of nickel-iron meteorites slammed into the spot 62,000 years ago. Given that my choice of these two stretches of road as a somewhat off-beat introduction to my topic was half-arbitrary, the unexpected contrast between their “bellybuttons,” a modern resort in Guatemala and an ancient event in Texas, seems to me a compelling balance of circumstances as much as it is the long way around to bookending (balancing) a piece of writing where balance as an end in itself is at the stomach of the matter.

[1] This quote and much of what I’ve learned about the Mam people comes from a fascinating doctoral dissertation by Wesley M Collins: “Centeredness as A Cultural and Grammatical Theme in Maya-Mam” (2005). Collins also published a book on this topic in 2015: “The Heart of the Matter: Seeking the Center in Maya-Mam Language and Culture.”