Zambia's Rise from the Smoke that Thunders: History of Zambian Coffee 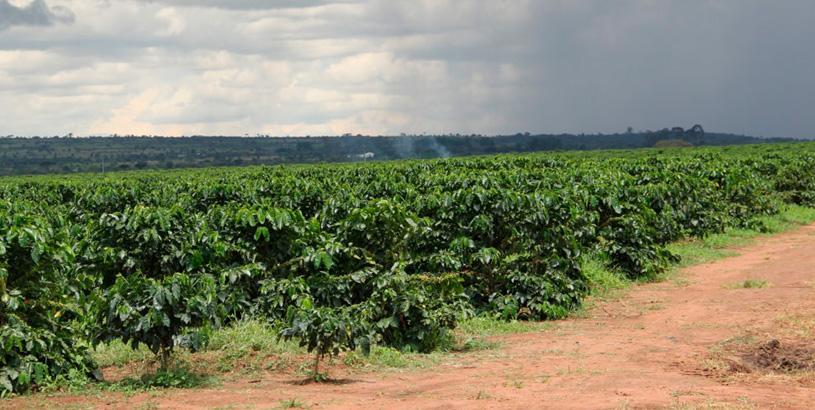 Zambia's Rise from the Smoke that Thunders: History of Zambian Coffee

Presumption was, it seems, a common theme in the life of Dr. David Livingston. In 1855, sixteen years before Henry Morton Stanley would utter the improbably iconic and possibly apocryphal words, “Dr. Livingston, I presume,” the good doctor stumbled upon one of the world’s largest and most majestic waterfalls. Despite being led to the falls by a local tribal chief, he presumed he had a right to name the falls; and then he presumed that “Victoria,” after the Queen of course, was a good name. Someone would later demonstrate the same lack of creativity when naming the patch of earth upon which Livingston stood when he first set eyes on the falls, “Livingston Island.” There is also a town named Livingston, where you’ll find the Livingston railway, golf course, hotel, road, safari lodge, and spa.

Among those who presume to make lists, Victoria Falls are listed as one of the Seven Wonders of the Natural World. So it will come as no surprise to you that because the falls have likely been impressive for as long as humankind can remember, they already had a name long before Livingston stood on his little river island and declared the sight so beautiful that angels must gaze upon it as they fly … whatever that means.

Those who have lived near the falls for hundreds of years gave them a more appropriate and resonate name, “The Smoke That Thunders.” Arab slave traders, it is said, kept it simple and ironically utilitarian given their occupation and called the waterfalls “The End of The World.”

Victoria’s thundering smoke is located in the south of what is now Zambia, on the border with Zimbabwe which is defined by the Zambezi river. The river outlines nearly half of the country’s border and is the source of its decolonialized name. But our presumptuous explorer cum missionary, Livingston, explored rivers and lakes throughout the region searching for the source of the Nile, a mission he deemed secondary to but a necessary component of ending slavery through “commerce, civilization, and Christianity.” This included extensive travels around northern Zambia, into the heart of what would one day become prime coffee country.

The story of how coffee came to Zambia seems familiar: men in Holy Orders of one sort or another arrive and plant seeds. But in the case of Zambia, missionaries did not introduce coffee farming until the 1950s. By the time commercial coffee production began in Zambia, the British (again with the British?) had considerable experience in starting and operating coffee plantations in India, Kenya, and elsewhere. Their approach can be summed up as “Go big or go home.”

During colonization, Zambia was called Rhodesia, named—as the result of another lengthy creative brainstorming session, no doubt—after Cecil Rhodes, whose company essentially owned the region after the manner of the East India Company in India. Control was formally given over the British government in the 1920s, and the country was so rich in copper that it remained nearly the exclusive focus of exports. Today, copper still accounts for 75% of exports.

Coffee plantings in the 1950s were an attempt to move away from the one-trick copper pony and diversify exports. Not surprisingly, the emphasis was on yield and production efficiencies. Plantations were large and orderly, grown in full sun on flat land, and processed in large wet mills wherever possible.

The results were mixed. Coming so late to coffee and having no established small-holder farmers to incorporate into an emerging sector or old production facilities and practices requiring modernization, the colony could take full advantage of more than 100 years of British coffee plantation experience starting from scratch. However, the original plantings were highly susceptible to disease, yield was very low, and it was difficult to get coffee to port from its landlocked location. Rhodesia/Zambia made almost no appearance whatsoever on the world coffee stage. Around the time the coffee sector began to organize around research and hardiness experiments, independence arrived and energy went elsewhere.

Like most of post-colonial Africa, Zambia experienced internal and external conflicts, one-party rule under a long-serving ruler, corruption, border disputes, and economic struggles. But compared to most of its neighbors, “dictatorship” was relatively benign and the country maintained a low-frequency democracy under socialism for over 30 years. Zambia also managed to remain overtly free of the push and pull of the cold war as a member of the “Non-Aligned Movement.” The economy was bolstered by copper exports, but volatility in the market, particularly in the early to mid-70s, caused Zambia to once again seek diversification by expanding agricultural sectors and seeking help from the World Bank to develop its coffee production. 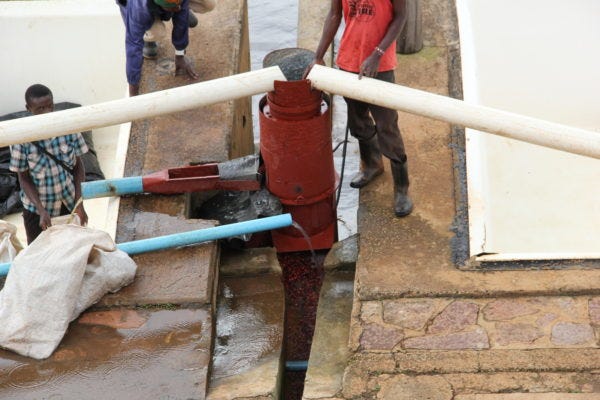 World Bank projects focused on finding the heartiest, most productive cultivars for Zambia, but also included a quality component, using Kenyan coffee as a benchmark and grading green coffee for the first time. Projects also focused on best practices for both irrigated and rainfed fields so small-holder farmers could be brought into the coffee sector. The goal was to help establish 600 new small-holder coffee farmers in the Northern Province by providing seed and extension services. By 1985, over 1,000 small-holder coffee farms had been started. Between 1982 and 1985, Zambia’s total coffee production rose from 71 to 380 tons as the project's initial plantings came into production.

In 1984 the International Coffee Organization (ICO) granted Zambia an export quota of 350 tons and in 1985 coffee was formally exported from Zambia for the first time ever. For all practical purposes, Zambia as a coffee origin is only 30 years old. As a specialty coffee origin, Zambia is just a toddler.

Following the World Bank projects, Zambia began to evolve into a more developed democracy, a process which is always chaotic at best, if not violent. The country’s commitment to supporting further development of a coffee sector, particularly to small-holder farmers, waxed and waned over time, but over the last ten years the effort has been more proactive. In 2012, Olam acquired 100% interest in the Northern Coffee Corporation in the Northern Province, the largest coffee producers in Zambia and a direct line descendant of the World Bank program in that region from over 30 years ago.

Olam not only began immediately improving production facilities and agricultural processes with an emphasis on quality, but identified individual estate producers, engaged local communities, and implemented the principles of its Livelihood Charter. Perhaps most importantly, Olam revived a commitment to small-holder farmers that had been absent in the region for decades.

You can discover the results of Olam’s investment in Zambia in our coffees  from the land of smoke that thunders.