The History of Kona Coffee: A Happy Jaunt Through Hawaii 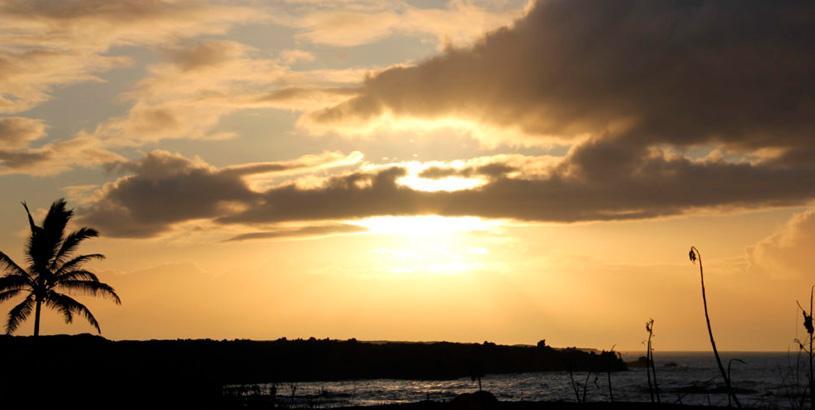 The History of Kona Coffee: A Happy Jaunt Through Hawaii

The Storied History of Kona Coffee

Kona coffee has a rich history filled with interesting stories and anecdotes. Today, our story begins on March 7th, 1866, when a talented but largely untested writer hired by the Sacramento Union — perhaps the most prestigious newspaper in the west at the time — boarded the ship, Ajax, which was part of the Pacific Mail Steamship Company fleet. He was headed for the Sandwich Islands, a.k.a. the Hawaiian Islands. The passage would take eleven days and upon his arrival he was to spend a month writing dispatches about the islands, for which he would be paid $20 dollars each (around $300 today). These “letters from Hawaii,” carried to California on the steamships that sailed constantly between the islands and the mainland, would prove very popular among readers, and the one month assignment was extended to four months, much to the delight of the young writer, Mark Twain.

Near the end of his time on the islands, Twain set out to visit the largest, Hawaii. His journey, on a schooner aptly named “Boomerang,” which he said was the size of a trolley car, was not pleasant. About the size of his cabin, which he shared with others, he wrote, “One might swing a cat in it, perhaps, but then it would be fatal to the cat to do it.” Twain’s voyage on the Boomerang was short but miserable due not only to cramped quarters but rough seas, an on-board rooster who never stopped crowing, and the only food served being stewed chicken. When the boat landed at Kailua, Hawaii, and he was given the option of travelling fifteen miles through the Kona district to Kealakekua on horseback rather than on the Boomerang, which would face contrary winds and take all day, he saddled up, his goal being to visit the beach where Captain Cook famously met his demise. 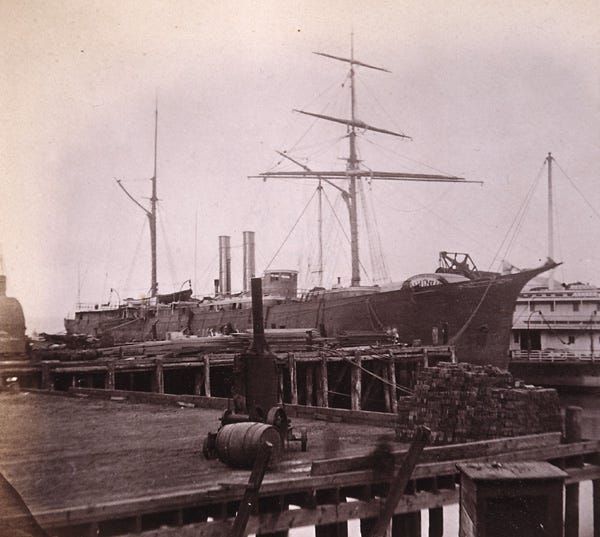 It was on this short journey that he passed through the area he noted as famous for coffee and oranges. Foreshadowing coffee advertisements that would be common 100 years later, he wrote that Kona coffee had “richer flavor than any other kind.” Twain spoke of the ride from Kailua to Kealakekua with great affection. “The jaunt through Kona will always be to me a happy memory.”

Sixteen years before Twain set out for the Sandwich Islands from San Francisco, another man had done the same, but for entirely different reasons. Henry Nicholas Greenwell arrived in San Francisco from England by way of Australia in January of 1850. The city was awash in gold fever and ship crews were simply abandoning their vessels to head for the gold fields. There was no one to help Greenwell and his business partner unload cargo. After injuring himself in the attempt, he decided to quit the crazy gold rush city for a time and sail to the Hawaiian Islands for a respite. His intention was just a healing visit, but 170 years later the Greenwell family still lives in Hawaii.

Henry managed a store in Honolulu for a time, but soon made his way down to Kona, where he opened his own store. Eventually, he had cattle and sheep and was also farming coffee and oranges, becoming one of the largest landholders in the area. When Mark Twain wrote of travelling through this region on horseback in 1866, it seems likely he had a view of, if not a visit to, the Greenwell farms and first store. The store Henry built in 1870 still stands, now a museum, and his decedents grow coffee nearby.

The Planting and Cultivation of Kona Coffee

Attempts to plant coffee in the Hawaiian Islands began as early as 1813, but were met with little success. Before coffee could find any real footing, the more commercially viable sugar plantations were becoming dominant throughout the islands and would replace crops grown to supply whaling ships as the world moved to oil from the ground.

By the time Henry Greenwell arrived in 1850, Kona was emerging as coffee country almost by default, an area where the climate and terrain were more suited to coffee than sugar. Rising quickly from Kealakekua Bay to the peak of volcano Mauna Loa, the land provided an environment somewhat more resistant to pests and disease, which plagued coffee on other islands.

Greenwell was growing and exporting enough coffee by 1873 that his Kona coffee was part of the Hawaiian exhibit at the World’s Fair in Vienna that year, where it received special recognition. Coffee had been growing on the islands for so long by the end of the 19th century that when the Director of the Hawaiian Sugar Planters Association wrote a agronomic report in 1898, he noted that coffee grew wild and was considered native to the islands.  That wasn’t quite right, but interestingly, coffee was planted in the Hawaiian Islands before it was planted in parts of Central America and East Africa. 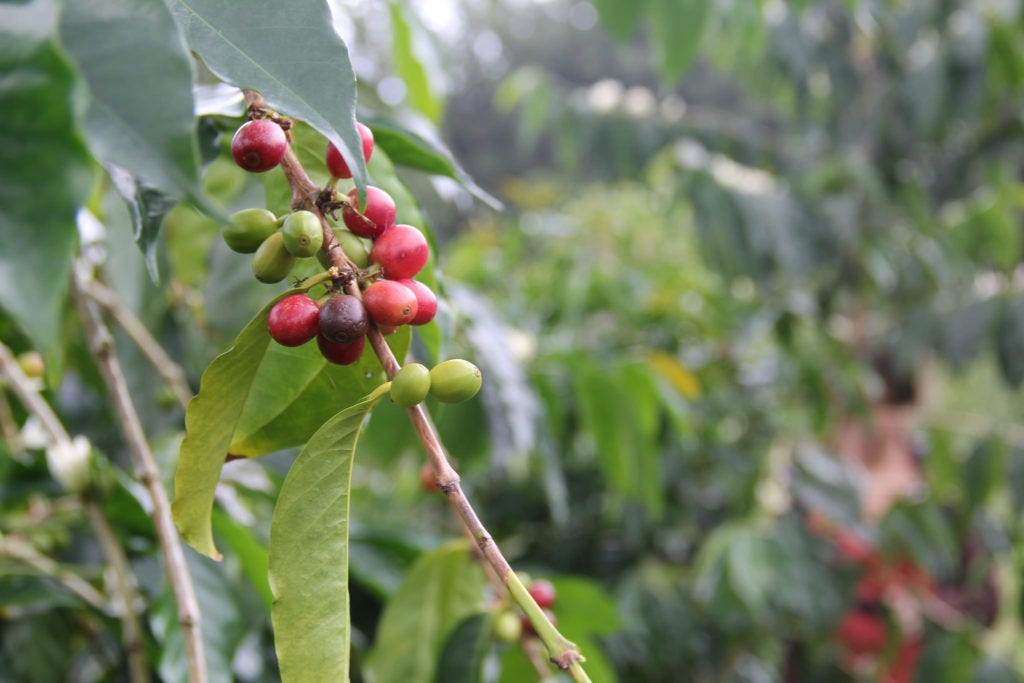 Throughout its 200 year history on the islands, coffee has had its ups and downs. Once California became a state, imports from Hawaii were subject to tariff, a brutal five cents a pound for coffee in 1864, according to reports by Twain. When Hawaii was annexed by the U.S. in 1898, the tariff went away, but the world coffee market collapsed that same year. Coffee covered over 6,000 acres at the time, much of it on large plantations. By the turn of the century, coffee land was being broken down into smaller farms. By 1910, eighty percent of Kona coffee was grown on small family farms and by 1922, coffee farms could only be found in Kona.

Like coffee farming throughout much of the world, though perhaps for different reasons, the 20th century was a roller coaster for Kona coffee. The depression nearly ended the coffee industry in Kona, but the 1950’s saw production peak for the century. Then, by 1981, only 1,600 acres were growing coffee. Today, the typical size of a coffee farm in Kona is three acres, with a total of 3,500 acres planted. The emergence of the specialty coffee sector and single origin branding helped breathe new life into Kona. Founded in 1970, the Kona Coffee Cultural Festival is now in its 47th year. Kona coffee has also benefited from the rise in tourism over the last 40 years, which coincided with a drop in sugar production.

Among the larger farms in the Kona district, the Greenwell’s grow coffee on 35 acres and operate a mill, purchasing coffee cherries from 300 coffee farms in Kona.