Don't Practice in Public, and Other Thoughts on Becoming a Roaster 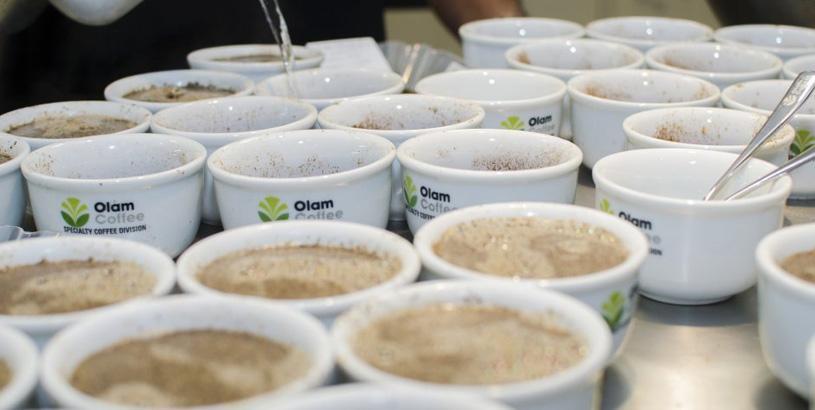 Don't Practice in Public, and Other Thoughts on Becoming a Roaster

For those of a certain age, those who were alive and listening to music before the arrival of MTV or the myriad of other television venues delivering the innovation of “music videos” in the early 80’s, there was a common refrain when we felt we were being subjected to more sizzle than steak, when the reach of a video’s production values exceeded the grasp of the music itself. “Cool video,” we’d say. “Too bad about the music.” It was an admonition—often self-righteousness, sometimes unfair, always subjective—but it also expressed an inevitable kind of sadness that arrives when time marches on and over the way things were, like my idea of what constitutes good music or real music. It’s true that some of my favorite music emerged from the 1980’s, introduced to the world, in large part, through music videos; nevertheless, there was a lot of music that didn’t deserve the stage it was given just because “Friday Night Videos” needed to fill it’s 90-minute time-slot. Having a music video doesn’t make you a musician any more than owning an instrument does. And here’s an awkward segue: Having a cool logo doesn’t make you a coffee roaster any more than owning a roaster does. 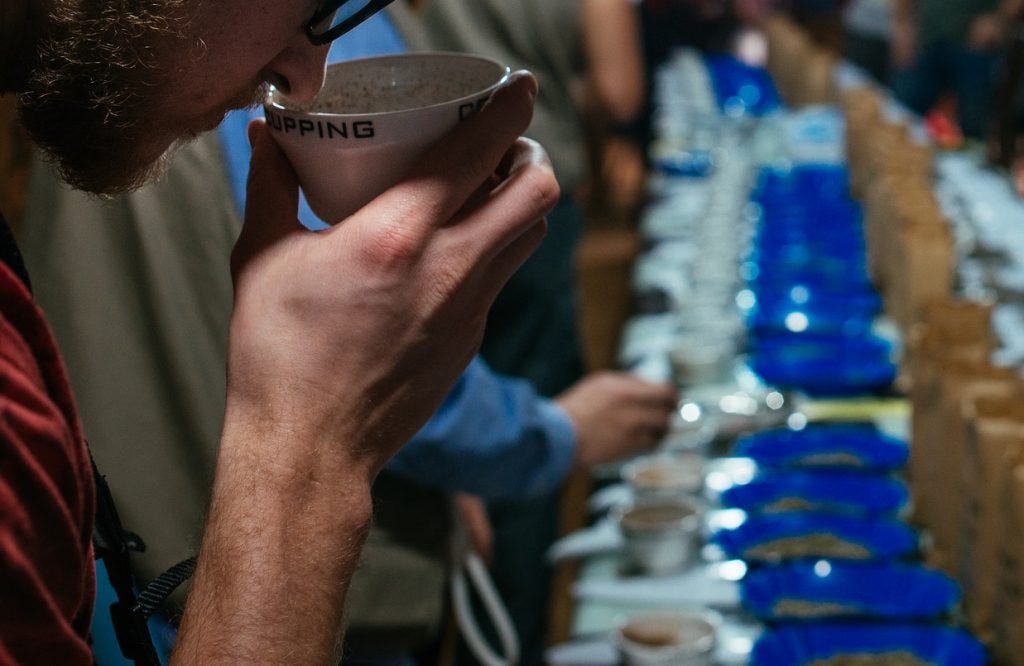 This and top photo by Olam

Things change. The industry grows. More and more coffee drinkers want and expect that once-elusive combination of fresh roasted and local and like the zoom function on Google maps, the meaning of “local” is defined by smaller and smaller geographic designations. Someone thinking about roasting coffee might count the number of roasters already operating in their city, or just how many roasters are in their part of town, or in some cities, just in their neighborhood. And perhaps inevitably, an increasing number of those who are looking to start roasting coffee have little or even no coffee industry experience. It’s not that the formal and informal apprenticeships inherent in the coffee roasting industry have vanished. Though they were always rare relative to the number of people who wanted the experience, now they are like endangered species relative to the number of people who need the experience. It’s just not possible for everyone who wants to roast coffee to start out as a barista or packing coffee in a roastery and work their way toward a roasting position from which they can eventually start their own company. And that’s not the point. There have always been self-taught coffee roasters. The point is that they take the time to learn and they don’t “practice in public.” And here’s an awkward confession: When I was in High School, I was a magician. I was, in fact, a serious magician and I worked in a magic shop for serious magicians (i.e. we didn’t sell whoopee cushions or other gag merchandise). One of the rules I learned, for those who were really serious about magic, was: DON’T PRACTICE IN PUBLIC. If you were serious about magic, you practiced in private until you could perform a particular effect well and only then did you perform it for people. One of signs of someone who was not serious about magic was that they showed their tricks to people before they were ready, before they had attained proficiency in their performance. In recent years, I have noticed a surprising number of aspiring coffee roasters who have a logo and brand architecture professionally designed (they’ve been to the magic shop) and have set-up their online presence, complete with an ecommerce website and social media accounts; all of this, before they’ve really learned to roast or even properly cup coffee. This is the scenario that reminded me of the early days of MTV: Nice logo. Too bad about the coffee. 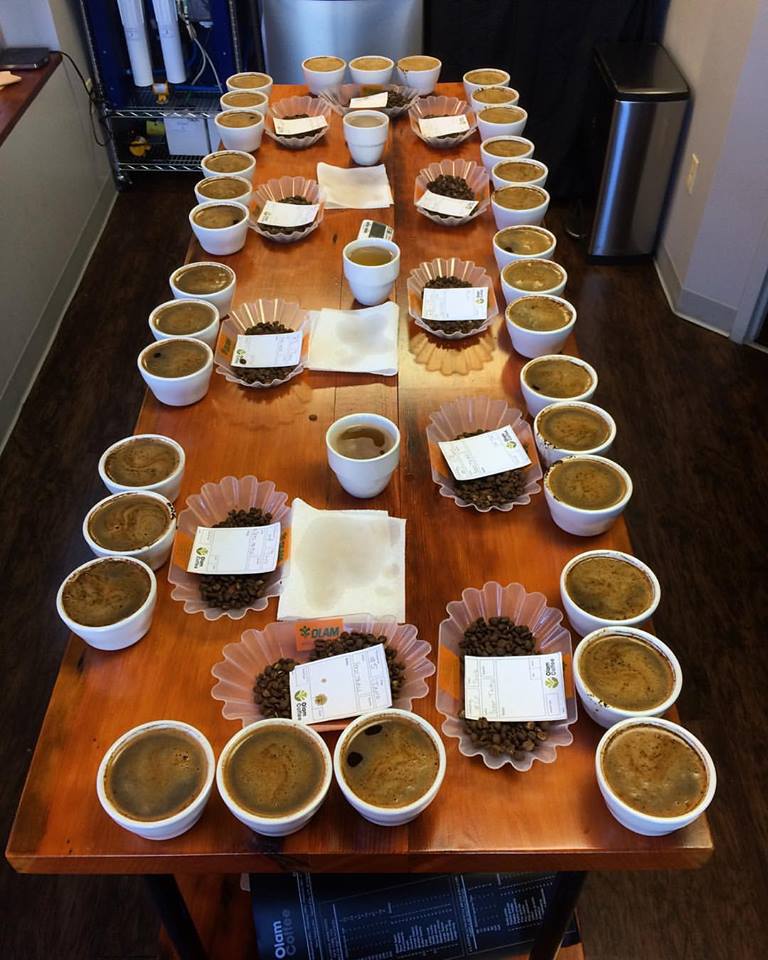 If you want to own and operate a roasting business, there are valid reasons for not pursuing a traditional apprenticeship, assuming you could find such an opportunity.  I don’t think there is an excuse for attempting to artificially flatten or totally ignore the learning curve and compensate with branding. There was a time when learning how to roast coffee outside of working for someone else was a challenge. There were few if any books focused on specialty roasting, no magazines publishing anything other than brief overviews of roasting, and classes were few and far between, hands-on classes unheard of. Today, too many opportunities exist for learning about roasting coffee for anyone to short-change their coffee education. If you do, if you’re “practicing in public,” there are plenty of telltale signs. I’m going to tell you two stories. I met someone not long ago, let’s call him Mack, who is roasting and selling coffee and has an admirable passion. Mack has a great fondness for coffee from Guatemala and feels strongly that nothing else is as good. But Mack gets that he cannot roast coffee from only one origin, so after roasting a lot of coffee from Guatemala as he “got the hang of it,” he decided to step out of his comfort zone and roast some coffee from Colombia. Feeling good about the Colombian coffee, Mack decided to get really crazy and try roasting some coffee from Kenya. It was good too. All of this time he was, in his own words, “learning on the job” and selling coffee online, albeit, mostly to friends and family. Eventually, Mack decided to try a naturally processed coffee. It was a coffee that scored very well and consistently in evaluations by Q-Graders both at origin and on the importing side. Mack bought a bag and after roasting a batch and tasting the coffee decided it was “bad coffee,” setting it aside and refusing to even finish roasting the rest of the bag. Note: Unfortunately, variations on this story are not uncommon. If you judge coffee by no other criteria other than whether you like it or not, you might be a great coffee drinker, but you’re not a coffee roaster yet. To me, it's one of those "telltale signs." On the other hand, it is not uncommon to hear an established roaster talk about their personal preferences and coffees they don’t necessarily like to drink but roast anyway because they have customers who do like that coffee. A better, if less common story, might be closer to this: In college, Emily worked for two years as a barista at a roaster retailer and grew to love everything about coffee. She often took advantage of an open invitation for baristas to participate in cuppings at the roastery, where she had many conversations with roasters and the company’s green buyer and learned everything she could. After college she pursued a career in marketing as part of the social media team for a large athletic apparel and equipment company. She liked her job, but her thoughts often returned to coffee. She kept an eye out for marketing jobs in coffee, but they were few and far between, and she didn’t want to move to another city. And besides, when she thought about coffee, she didn’t think about marketing coffee as much as she thought about roasting coffee. She’d already read everything she could about roasting and was always welcome at the cupping table of her former employer, so she started taking classes at coffee conferences and then she started renting time, once a week, on a shared roaster in the city, where she could also sample roast and cup coffee. 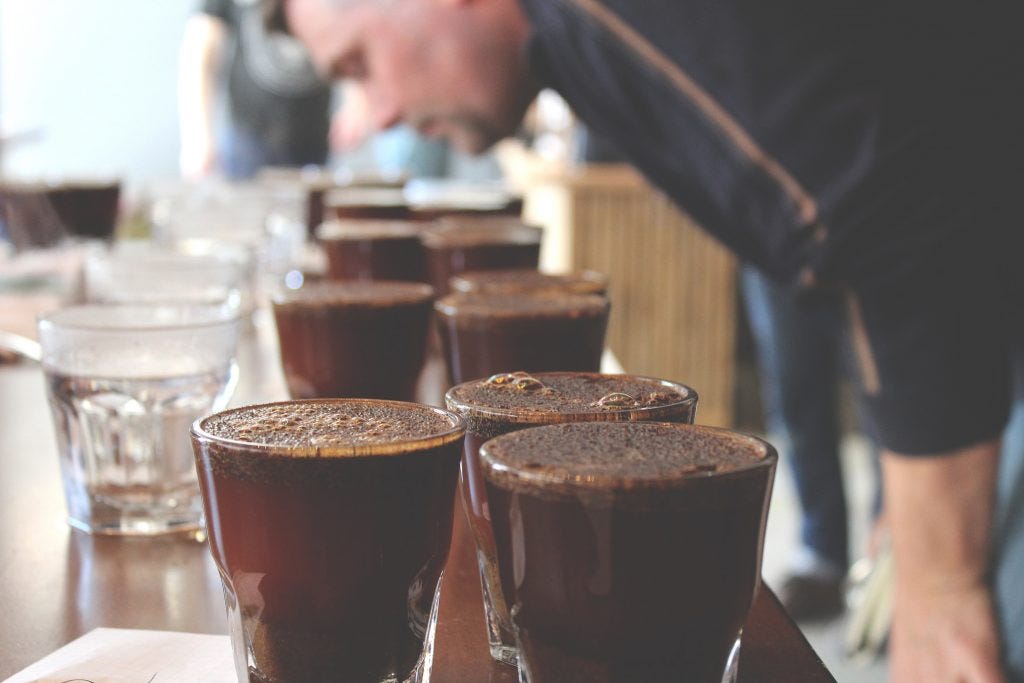 At first she purchased partial bags of green coffee from online vendors geared toward home and micro-roasters. She shared her roasted coffee with friends and family and co-workers and other coffee roasters and anyone, really, who would taste it and tell her what they thought. The more objective their evaluations (like the roasters at her former employer) the better. Some people insisted on paying her for the coffee and she accepted, if for no other reason, then to off-set the cost of buying the green coffee. As her confidence grew she started thinking about what a coffee roasting business might look like. She picked a name, designed a logo, created a website, established social media accounts. But she only told a few people to gather feedback. Eventually, Emily bought her first full 60-kilo bags of coffee and “went public” with her website and social media and offered coffee for sale. She has goals for when she will, first, set up her own cupping lab while still using the shared production roaster. Purchasing her own production roasters is a long-term goal. In fact, she’s decided she will not look at purchasing her own production roaster until she’s become a Q-Grader. I've met a lot of Macks, but also a fair number of Emilys, and no doubt, there are as many pathways to establishing a coffee roasting business as there are coffee roasters. No surprise, my money is on Emily.     Postscript It occurs to me that the idea here could possibly be misread as an attempt to dissuade those who wish to roast coffee from practicing their skills in public, which it is not, rather than a light invective against pretending via marketing to be something you are not yet, which it is. Cupping coffee must, for example, be practiced and practiced with others or, “in public” as often as possible.
4 years ago
202 view(s)