The store will not work correctly in the case when cookies are disabled.
C-Market: $2.16 USD

Coffee Is A Story 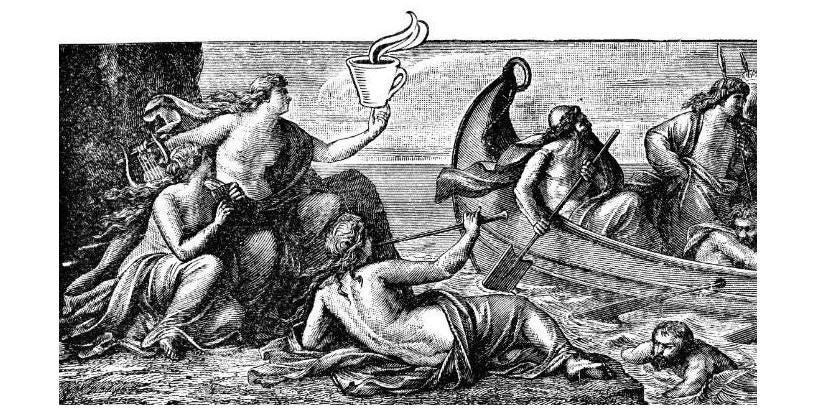 Coffee Is A Story

Although I've only had the job title "Chief Storyteller" for a few years, telling coffee stories has been a big part of every job I've ever had in coffee because coffee is a story. This is one of the things that has kept me in coffee for almost 25 years. The people are so often good hearted and fascinating. The coffee industry is never boring. And ... coffee is a story. The article below, Once Upon A Coffee, is reprinted from the October 2013 issue of The Specialty Coffee Chronicle, which was, once upon a time, a magazine published by The Specialty Coffee Association of America. My article served as the introduction to an issue of the magazine filled with, well, you guessed it, coffee stories. For the people who occasionally ask me questions about coffee and storytelling, I don't think I can do a better job of talking about what I think or how I feel than I did in 2013.

Once Upon A Coffee

If hindsight is 20/20, then memory is myopic and has astigmatism. Human memory is beautifully and tragically flawed, nearly beyond measure and certainly beyond our willingness to admit. While this can be bad news within a justice system dependent on witness testimony, it is otherwise good news in that we are, all of us in one way or another, storytellers. And our histories—personal, institutional, national, cultural—are often our best stories, even if they are always the most flawed stories of all.

History, it is said, is written by the victors, but the truth of it is even more troubling, if you are troubled by such things. History is written by storytellers, known as writers.

Writers need to hang things on a narrative clothesline…and it is always a thin clothesline when held next to such bothersome concepts as context. If you add this narrative necessity to the personal, political, or pathological “spin” of witnesses—and the fact that nothing whatsoever happened the way we remember, history gets a little dodgy. If we could travel back into near or distant time, the places, events, and people encountered there would be only vaguely familiar, like people we’ve met in dreams, maybe. It didn’t go down the way you think it did, and certainly not the way your history teacher thinks it did.

We credit the philosopher George Santayana with saying, “Those who cannot remember the past are condemned to repeat it.” I would amend Professor Santayana only slightly: Those who cannot remember their recorded history are more likely to become a living plagiarism. I feel confident saying that even if you repeat history to the letter, you have not repeated history, because who knows what really happened? I don’t. All history is revisionist history.

Oh, but I love the stories. I love reading them and writing them, telling them, and listening to them, unless you want to tell me about the dream you had last night. I don’t trust any of them to tell me anything other than unintended truth, beautiful lies, and illicit answers to sacred questions, and I don’t trust myself to hear the truth and the sacredness more than only occasionally.

Coffee has its share of stories. The prompts in the previous paragraph, some general and some very specific relative to the history of coffee, all mean something to someone. Some of them are more personal than others, meaning something to perhaps only a handful of people or different things to different people.  Some of them mean something to everyone in coffee. And it is only a tiny, tiny sample. The point, and I do have one, is that the facts of the matter are not the thing – the play is the thing, the story.  Even though it is terribly trite, I want to tell you to let it go. Look for the story and not the accuracy because the story will always teach you more than the facts. Don’t Joe Friday the tales you read here. The story is more than a sum of its perceived “facts,” ma’am.

Over my fifteen years in coffee, at least seven people have told me, and believed with all their heart, that they coined the term “specialty coffee.” Maybe they did. I know what I believe, and it’s the best story. Stories survive and facts become fluid because the story is real and the facts can never really be captured. I have spoken to several people who were at the first meeting that spawned SCAA. It’s difficult to believe they were all at the same meeting. While their stories agree generally, in detail they diverge as if they were each in their own alternative universe. Again, maybe they were.

The fact of the matter is, well, hard to say. But let me tell you a story.

I am by temperament and inclination, if not profession, an archivist: I love to rescue things from the past, especially things that should not survive, meaning paper things. Despite, or perhaps because of, my rants about the inaccuracy of history, I love the little bits and pieces of it that tumble down through time unexpectedly, unintentionally. For me, nothing comes closer to time travel than opening a forgotten box of receipts that sat in an attic for a hundred years. I’m not a big collector of photographs, because they are meant to be kept. I love the mundane. The more mundane, the better, because life itself is a collection of mundane moments and the art of it is coming to love them all. Even the most momentous events in history often came down to someone sitting in a room trying to make a decision that sometimes amounted to nothing more than a mental coin toss.

A 150 year old note, handwritten by J.A. Folger, in which he is trying to collect money owed his coffee company from a wholesale account, is not-so-oddly comforting. Our stories and histories in coffee are not about the facts and they’re important, not because we need to “learn from the past,” but because the stories are about you. All of the stories are about you. Treat them as such.

We all know a version of the story of Kaldi, the goatherd who found his goats jumping around playfully after eating coffee cherries. We call it a legend or a myth, but it has persisted through time. To understand why has nothing to do with whether it may have happened in present day Ethiopia or Yemen, or whether the monk who stole Kaldi’s discovery was Christian or Muslim, or whether they drank the broth of boiled cherries or coffee brewed from roasted seeds. The story persists because we are Kaldi.

The story of San Francisco-based Folgers getting their hands on tons of Central American coffees during WWI because German submarines blocked them from going to Europe is your company’s story. Yes, it is. The story of Alfred Peet and Carl Deidrich roasting coffee in storefronts with no seating and reluctantly brewing their coffee so people could sample their product is your story. The story of coffee cuppers watching each other closely, like people in a poker game, and trying to contain their excitement the first time they tasted Geisha in a competition is a story about you.

Our stories, the stories that we relate to because they are about coffee, are important for many intellectual and psychological reasons – the reasons that stories have been a part of life since we drew on the walls of caves. For me, it’s simple. A good story will possess me, consume me, and reshape me. But when the story is about coffee – the people, the plant, the product – there is always a common thread, the Siren Song of coffee. Whether the story is ancient or about those we know, coffee calls them, it calls us. We all survive, or don’t, the seduction of the Siren in our own way and ultimately the stories we tell about our lives in coffee are shared empathy over our failure to escape.