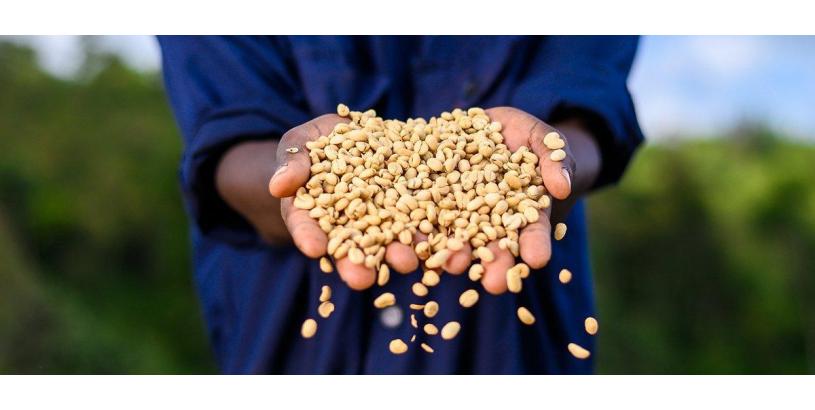 As our planet becomes a patchwork of progress in the fight against COVID, those who live in regions with high vaccination rates may be tempted by the return of pre-pandemic routines and activities to imagine at moments that the world is as it was. Given the necessarily subjective nature of a “return to normal,” that could be a reality for some. But for those who depend on people in places far away to supply our industry with raw material for which there is no alternative nor replacement, normal remains a future hope.

Thinking about the future of coffee begins where it always begins, pandemic or no—with coffee producers. Without coffee farmers … well, one needn’t state the obvious so obviously, but it is no exaggeration to say that the entire coffee supply chain is utterly dependent on the first link, the farmer. It’s simply a fact. We do ourselves a disservice if we fail to understand how COVID has impacted coffee producers and how those impacts might arrive on our shores. Understanding the struggles farmers are facing motivated the survey of producers Olam conducted recently. We were also motivated by the fact that these coffee producers are not only our suppliers, they are our friends and colleagues.

In March 2021, Olam surveyed over 1,350 smallholder coffee farmers across 12 countries, including the regions of Central and South America, central Africa, Indonesia, and Southeast Asia.

Not surprisingly, many coffee farmers experienced a decrease in income during the pandemic. This was particularly acute in Africa*, where nearly 90% of respondents reported a reduction in income, with 77% saying they had to borrow money to make ends meet. In Asia, just over half of the coffee farmers experienced a loss of income, and in Latin American it was almost 4 out of 10. Approximately 25% of producers in those two regions indicate they had to borrow money to supplement their incomes.

Some producers also experienced a reduction in demand for their coffee due to restrictions of movement and other logistical challenges specific to the pandemic: There was a 45% drop in Africa, 33% in Asia, and 19% in Latin America.

For 22% of coffee farmers world-wide, the pandemic meant eating less food, and 23% reported their diets were less diverse during the pandemic. Again, in Africa, the numbers were higher, with 7 out of 10 farmers indicating they ate less compared to pre-COVID times. For some individuals, eating less was not a matter of money but forced isolation.

In addition to borrowing money, coping strategies among coffee farmers world-wide included selling household assets (12-25%), and farm expansion (1 in 5). Interestingly, almost 60% of respondents said they found new ways to make money during the six month period prior to the survey. These efforts included diversifying their crops, taking day-labor jobs, and opening retail stores or other non-agricultural business.

As interesting as the survey data may be, and even enlightening when considering our connectedness as an industry, it’s impossible to say what the next 12 months will bring without adding a container load of qualifiers. Predicting the future of supply and demand in the coffee market in the best of times is still like predicting the weather. No matter how much our technology and systems improve, we all get rained on now and then. Relative to farmers, one does not wish to be so naive as to imagine so real a threat to our supply chain as a pandemic could usher in greater economic equity for the first and most resilient link.

On the other hand—the visible one in this case—almost everyone’s pandemic silver-linings list includes something like, “I no longer take so many things for granted.” Imagine that.

*Note that in Africa this survey included Uganda, DRC, and Cote d’Ivoire. The degree to which results can be extrapolated to wider East Africa should be considered uncertain.